As leaders in the implementation and customization of Microsoft 365 solutions, we at Envision IT have created the Envision IT Microsoft 365 Maturity Model to provide guidance towards the efficiencies businesses today need to succeed. The model assesses and plots companies on their Microsoft 365 journey, charting a growth path between informal and optimized use of Microsoft Teams, Outlook, SharePoint, OneDrive, OneNote, Stream, Planner, and To-Do.

The introduction of Microsoft Teams changed the world of collaboration when it was released in 2017. Never before has a tool been available which has the impact to exist as an operating system for all Microsoft 365 apps outside of Windows itself; all while offering simple chat features which make rollout and adoption easy for the most elaborate of organizations. Its impact on the function of business has been overwhelming, providing customers with capabilities that many are unaware of.

With that breadth comes complexity as just handing such a powerful tool to users without a plan can lead to implementation disaster, information chaos and disgruntled team members. For that reason, maturity models have long been used to chart success paths while measuring an organization on a number of levels. In the technology arena, these measurements are critical as more emphasis is being placed on teamwork, governance and adoption, particularly during times of crisis. 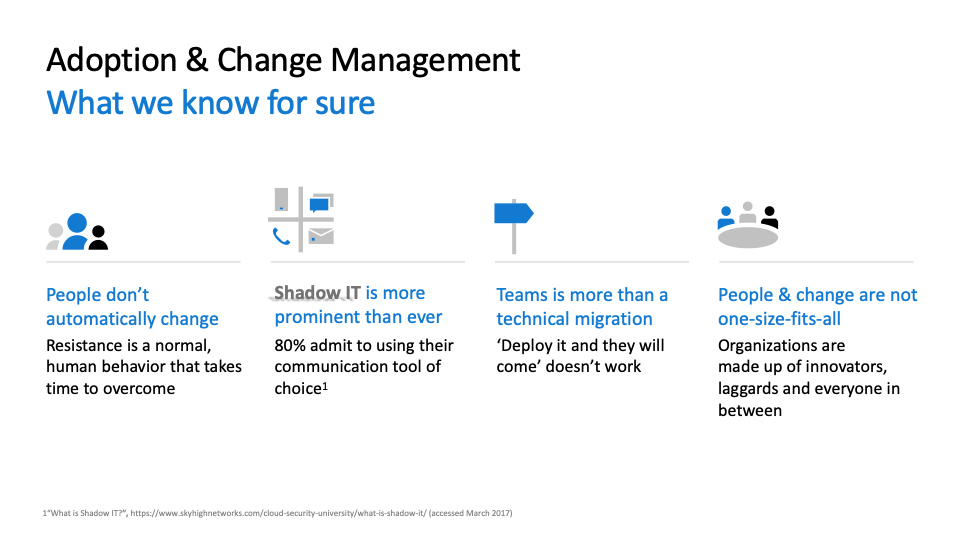 There are currently no upcoming events.

There are currently no news items.

From the envisioning stage to delivery, we work closely with you to understand your needs and deliver solutions that empower your business.